Examples of my paintings and statements about my work can be found in the following publications and broadcasts:

The catalogue to the NBI artists colony on Bald Head Island, North Carolina.  Artists from 12 countries around the world.

A short film about the 2008 No Boundaries International artists colony made by the University of North Carolina Wilmington (UNCW) and broadcast on regional TV.

Insider Information article about the nature, history and use of acrylic paints. 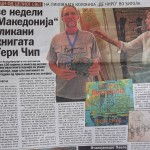 An illustrated account of my visit to the De Niro International Art Colony in Bitola and Sloestica, Macedonia in 2011

“Shout from the roof-tops” 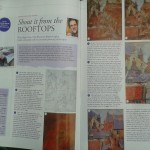 A review of the Brera Acrylic paint range through a step-by-step demonstration of a painting of roof-tops in Staithes, North Yorkshire.

A short film by Jake O’Neill about the ideas and processes behind my series of people in boxes. 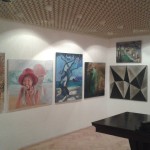 Paintings included in the 20th Year Anniversary Catalogue of the Buljarica Art Colony in Montenegro. 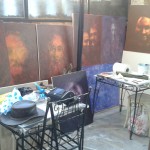 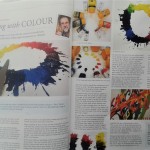